Natural migration: Policy in Practice’s evidence to the Work and Pensions Committee

This week, Zoe Charlesworth, Head of Policy at Policy in Practice, gave evidence to the Work and Pensions Select Committee on how moving onto Universal Credit will affect people and the differences between ‘natural’ and ‘managed’ migration.

The Committee’s questions follow the government’s announcement that the roll-out of managed migration will be delayed, and limited to a pilot of 10,000 claimants in 2019.  As a result, around half a million more households will migrate ‘naturally’ onto Universal Credit, meaning their existing benefits claim will end and they’ll have to make a new claim for Universal Credit if they have a change in their circumstances. Unlike managed migration, households who naturally migrate onto Universal Credit are not given any transitional protection.

Zoe was joined on the panel by policy experts from the Resolution Foundation and the Institute for Fiscal Studies. This was followed by a panel discussion which heard about experiences from the frontline, with experts from Scope, Citizens Advice, the National Association of Welfare Rights Advisers and the Child Poverty Action Group all sharing evidence. 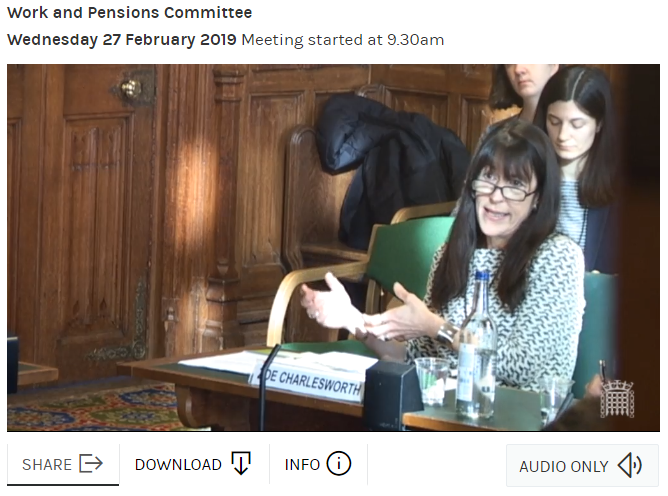 Click image to view Zoe Charlesworth, Policy in Practice, give evidence to the Work and Pensions Committee on Universal Credit: ‘natural’ migration

Key findings from our evidence 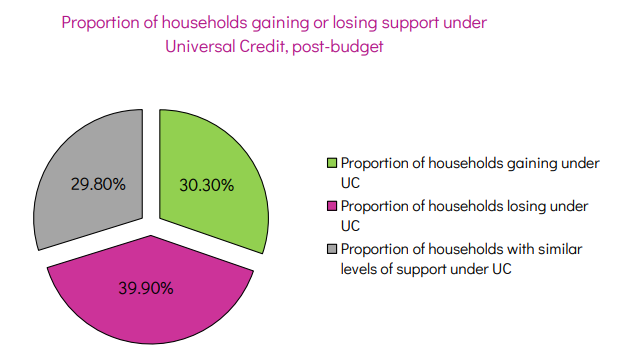 “People should be able to check what impact a move to Universal Credit will have on their income before making life changing decisions.”
Zoe Charlesworth, Head of Policy, Policy in Practice

People can use the free Benefit Calculator available at www.betteroffcalculator.co.uk, and organisations can email hello@policyinpractice.co.uk to request access.

Who gains and who loses when moving to Universal Credit without transitional protection?

Households with over £16,000 also tend to lose out, because Universal Credit has a capital limit of £16,000. That means any household on Tax Credits with savings over £16,000 will lose their entire benefits award if they experience a change of circumstances which triggers natural migration. If they moved over through managed migration, they would be protected for one year.

In one of our case studies, someone with savings over £16,000 who increases their working hours from 15 to 20 hours per week will be worse off by £107.43 per month after the change in circumstances, and £549.04 per month worse off than it would be if it experienced the same change of circumstances under the legacy benefits system.

Even though Universal Credit tends to benefit working households and rewards those who increase their working hours, this is not the case if a household has savings over £16,000.

The 150,000 (30%) of households that tend to gain through Universal Credit include employed households; they see an average gain of £9.13 per week. Households in receipt of ESA gain an average of £14 per week.

To read more about who gains and who loses support under Universal Credit, read our full report here.

How do changes to the way unearned income is treated in Universal Credit affect claimants’ income?

The detailed regulations about non-earned income differ between the legacy benefit system and Universal Credit. Specifically, there are differences in the types of unearned income that is taken into account and deducted from a benefits award, and which is disregarded when calculating benefits awards.

Three important types of unearned income that are treated differently under the legacy benefits system and Universal Credit are:

We carried out case studies using our Benefit and Budgeting Calculator and found that:

Case study: how take home income differs between the legacy benefits system and Universal Credit for someone in receipt of spousal maintenance

What sort of changes in circumstances trigger natural migration?

Natural migration is triggered when a household experiences a change in circumstances which means they would have previously had to make a new claim for any of the six legacy benefits which Universal Credit replaces.

As a result, the types of changes in circumstances that trigger natural migration vary considerably. They can range from moving house to a new local authority, becoming a full-time carer, having a child or becoming too ill to work.

Whilst claimants might expect big life changes, such as having a child, to affect their benefits claim, they are likely to be surprised by some of the changes that trigger natural migration. For example, lone parents claiming Income Support will naturally migrate when their youngest child reaches five, a seemingly insignificant change that is outside the control of the claimant.

It is vital that the DWP makes claimants aware of all of the changes in circumstances which will lead to natural migration onto Universal Credit, and informs them of how their income will change under Universal Credit.

Frontline organisations have also expressed concern that the changes of circumstances that trigger natural migration can often happen as a result of difficult personal changes, such as bereavement, separation, or becoming ill. This means that some households who lose income under Universal Credit will find natural migration particularly hard since this loss in income comes at an already tough time.

For example, a person who is unemployed and becomes disabled and ill, and therefore unable to work or prepare for work, will naturally migrate onto Universal Credit, and is likely to lose income. 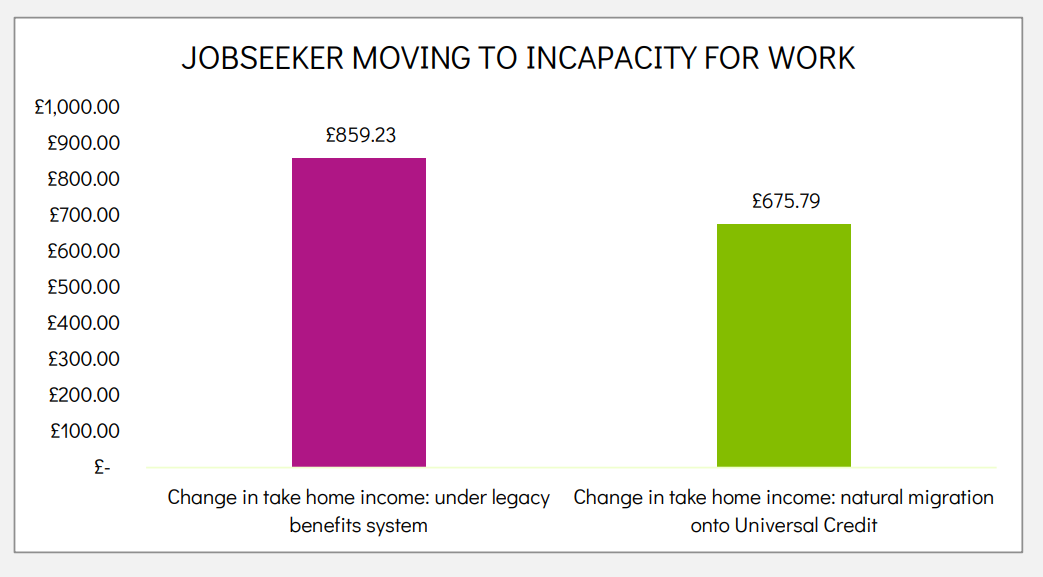 Policy in Practice helps local authorities, housing associations and other frontline organisations to prepare people for migration onto Universal Credit. Read more about our Benefit and Budgeting Calculator here.

Zoe Charlesworth will be talking about how our Benefit and Budgeting Calculator helps people to understand how their incomes will change under Universal Credit in a webinar on Wednesday 15 May, find out more here.