How to increase take up of unclaimed Pension Credit worth £1.7 billion using data

As the cost of living crisis continues many pensioners face unprecedented financial challenges. With roughly a million eligible pensioners missing out on unclaimed Pension Credit DWP is reminding people that support is available. In this blog post we look how some local authorities are using data to increase take up of unclaimed Pension Credit and the big difference they are making to people’s lives. 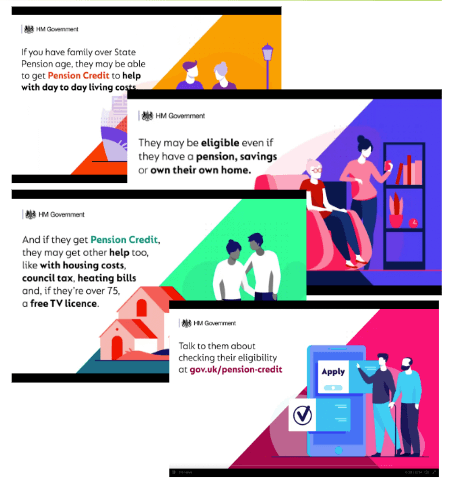 DWP’s awareness campaign aims to reach around 1 million households who are eligible for but not claiming £1.7bn of Pension Credit

In a campaign building up to Pension Credit Day of Action on Wednesday 15 June 2022 DWP estimated that £1.7 billion of unclaimed Pension Credit is available for around a third of eligible pensioners, or one million people. The department aims to shed light on this and tackle myths that may stop people applying. They highlight having savings or owning a home as factors that do not automatically bar someone from receiving Pension Credit.

One focus of the Day of Action was the role of friends and family supporting those who may be eligible to apply. The BBC quotes Pensions Minister, Guy Opperman, who called on friends and family to check if their pension-age relatives were claiming all of the financial support available to them in the face of rising costs.

Meanwhile, Martin Lewis speaking on Good Morning Britain, highlighted the ‘gateway’ element of Pension Credit, and how those who are eligible may also be eligible for other benefits such as the upcoming £650 energy payment as laid out by the government earlier this month.

Campaigns by the DWP are a great way to raise awareness of support available, however this may not be reflected in the take-up rates. Low take-up rates of below 5% seen in previous letter campaigns highlight the importance of local support for people who can often need help with their application.

Some leading local authorities have achieved great success with Pension Credit take-up campaigns informed by their administrative data. Councils who use Policy in Practice’s LIFT platform have secured take-up for residents worth an average of £2,700 per household. 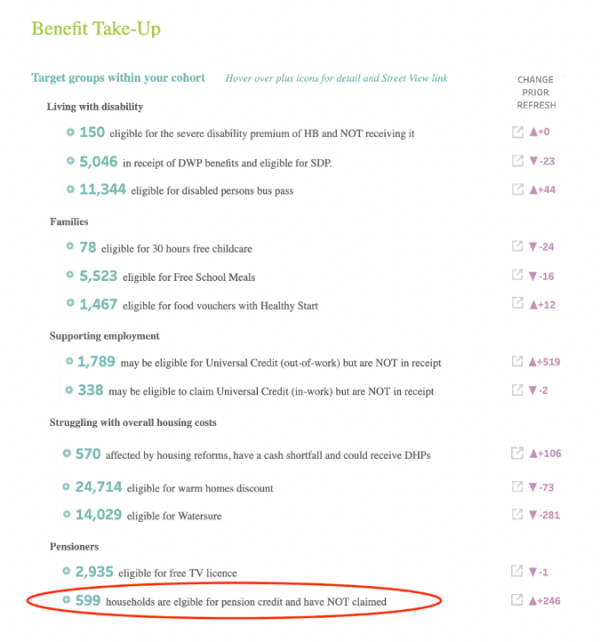 LIFT uses local authorities’ own administrative data to identify households eligible for and missing out on benefits, including Pension Credit

Analysis of local authorities’ administrative data is key in identifying people who are in financial hardship and missing out on available support. Our LIFT platform pools this data and can flag people missing out on Pension Credit, and a range of other benefits. Local authorities can then engage these households through locally run and supported campaigns.

The involvement of local authorities is key for a number of reasons.

Pairing with councils across London and Kent, we have demonstrated the effectiveness of Pension Credit take-up campaigns at the local authority level.

The total value of Pension Credit take-up we have secured for clients across nine local authorities in the South East is currently £1,905,720.

In a Pension Credit take-up campaign with Islington Council, Policy in Practice identified 689 eligible households using our LIFT platform. The ensuing contact from the council resulted in 269 households (39%) successfully claiming Pension Credit, and confirmed economic benefits to residents of £910,007, or £3,396 per household.

The extra benefits to Islington residents were equally as significant:

Using data led targeted support meant that all funds were directed towards households that Islington knew were eligible. The households that were supported are now financially stable.

The benefits to the council are equally as strong. The average age of a resident entitled to Pension Credit in Islington is 77 and the average life expectancy is 83, based on 2010 findings. This means that the Pension Credit take-up campaign could end up bringing in total economic and fiscal benefits to Islington Council of £6,244,343.

In a similar campaign in Tower Hamlets, 415 households were identified and contacted, with 58 taking up Pension Credit. While the success rate was lower, this was achieved without follow-up calls being made. So even when the council had minimal resources to spare, they achieved a take-up rate of 14%, with benefits to residents totalling £223,000, or £3,845 per household. 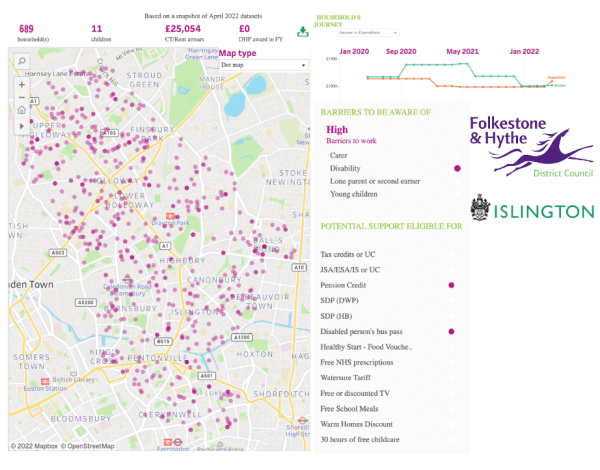 The Revenue and Benefits team at Folkestone and Hythe District Council used LIFT to support their mixed-age pensioner campaign, identifying 98 potential claimants. Just 10 days after contacting these residents by phone, 51 had begun claiming Pension Credit, an uptake of 44%.

There are 51 households claiming Pension Credits which, for a couple, is worth £255 per week. This means £676,000 annually has been brought into our district which I think is an awesome result for what was, in realistic terms, a few afternoons by three benefit staff.

The average gain for each household is £2,700 per annum. This rises when passported support (e.g. free television licenses) or other benefits (reduced long term care costs) are factored in.

Similar gains have been achieved at Gravesham council where Pension Credit campaigns have led to over £184,000 in additional annual income for pension-aged residents.

A national campaign would yield £230 million for pensioners 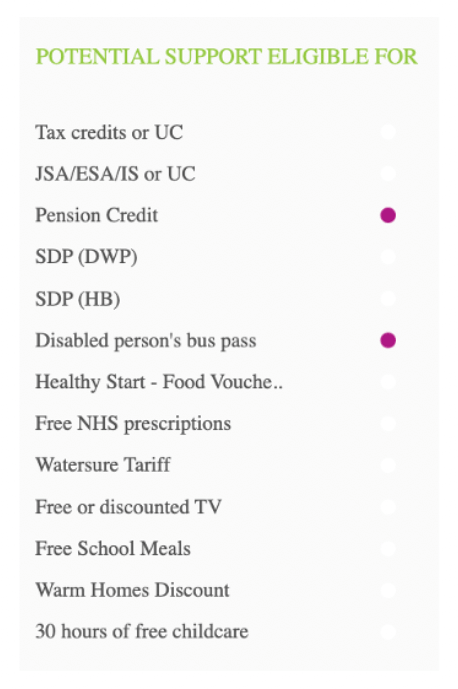 There are currently 20 other local authorities already successfully running, or planning to run, Pension Credit take-up campaigns using their administrative data. Their results are entirely replicable. Local authority-led take-up campaigns typically reach 500 households on average, varying according to the size of the authority.

Based on our analysis across 33 local authorities, we believe we can identify 250,000 pensioners missing out nationally. If one in three is supported to take up Pension Credit, we could help 85,000 pensioners to take up the benefit within three months.

The impact nationally would be an additional £230m in annual income to the worst off pensioner households. Factoring in life expectancy and other benefits such as television licenses, the lifetime impact of the campaign would be £1.5 billion.