Policy in Practice is delighted to have been invited to join a new Commission on Social Security, run by Bright Blue and backed by Lloyds Bank Foundation and Trust for London. The Commission has opened a call for written evidence on the social security system after COVID-19.

I am delighted to be a part of Bright Blue’s Social Security Commission. COVID-19 has highlighted the importance of a social security system that can mitigate the impacts of poverty and inequality and is easily accessible to everyone. There is much work to do as we recover from the pandemic.

In the inaugural meeting, commissioners were asked a list of opening questions. I wanted to highlight the work of the Commission on Social Security by sharing my initial thoughts on the questions asked, and seek feedback from our network of advice organisations. To share your feedback on these questions please comment below or email hello@policyinpractice.co.uk with your thoughts and feedback, we are looking forward to your views.

Q. How effective was the Government’s social security response?

The changes to Universal Credit, as well as the deployment of furlough and self-employment grants, were delivered quickly and got money to people in a timely way. Given the short timescales and unprecedented nature of the challenge to support lots of people very quickly, these measures can only be considered a success.

Policy in Practice supported over 2,500 individual claimants via our free benefits calculator, through our online chat service and our Covid-19 welfare support page. We saw traffic double overnight and then double again in the following two weeks. We found that there were groups of people that missed out on support, notably students, people with no recourse to public funds and some self-employed people. Others found it hard to access support or were excluded because of savings or their partner’s earnings. Although these policies reflected current legislation, a lot of people thought they were unfair.

Finally and importantly, it introduced a parallel welfare system via employers and a plethora of discretionary assistance that complicated the system and made support difficult to access.

The Treasury administered furlough and SEISS schemes are considerably more generous than the welfare system and still in place today. Whilst essential in getting support to people and avoiding long-term and large-scale employment, this introduces a two-tier system with the new and more generous furlough and SEISS schemes being administered by the Treasury alongside Universal Credit. This is questionable and unsustainable in the longer term.

Local authorities have spent a significant amount of time setting up the new schemes, and it has been difficult for them to access the information to administer these quickly and effectively, in order to get support to those most in need. Our work at Policy in Practice shows that giving councils the data they need to assess need locally would have led to better outcomes and more effective support.

Q. How did the Government’s response alleviate or worsen pre-pandemic issues faced by those already in the UK’s social security system?

The £20 uplift, the suspension of the minimum income floor and the return to LHA rates at the 30th percentile would have been welcome pre-pandemic. Universal Credit was made £1,000 more generous than the legacy system, supporting an almost certainly intentional ‘natural’ shift to Universal Credit, and the LHA increase back to 30th percentile has been long needed to mitigate against debt and homelessness, to lessen the burden on private renters. It needs to be uprated in line with rising rents to avoid ongoing housing insecurity.

These are all effectively a tacit admission that benefit rates were too low pre-pandemic, and these measures should be retained rather than withdrawn. The lack of certainty over ongoing support makes decisions about moving from legacy to Universal Credit tricky and has slowed the move to Universal Credit, despite the now significantly different levels of support for legacy and Universal Credit.

Limited Statutory Sick Pay is also a concern, and existing inequalities have widened considerably. Not including the benefit cap in any uplift means more generous support did not reach many, particularly those with larger families.

The system was complicated to start with. For those already in the system, understanding the interaction between benefits, with a complex choice between Universal Credit and legacy have made it more so. A growing number of locally administered discretionary pots further complicate the system at the sharp end and show that efforts to simplify the system need to continue.

Q. How have public attitudes to social security shifted?

This is a difficult one to answer and one I hope the Commission on Social Security is able to spend some more time on. The social security system has been made more generous but calls to make this permanent are being resisted by the Government, despite growing public support.

In addition, the ongoing and existing multitude of cuts to social security are beginning to complicate the system. These include benefit freezes, two-child limit, benefit cap, under-occupation charge, LHA freeze, cuts to council tax support and discretionary support. They leave no clear minimum baseline of support.

The introduction of the furlough scheme creates a two-tier system. 36% of Universal Credit recipients are in work, so many people who have been furloughed or who are self-employed will have claimed Universal Credit alongside their furloughed income.

However, many others won’t have. This separate system, positioned as ‘contributory’ with the public, maybe more popular but it risks introducing a two-tier system. In reality, it will require a row-back from the move towards means-testing over the past decade, and increase the cost of social security. The simplest solution to this would be make Universal Credit easier to access and eligible to more people, for example by raising the savings.

Finally, most people on long-term benefits have some barriers to work; for example, illness, disability, caring responsibilities or young children. We need to carefully consider how society cares for those who cannot work, and those who may never be able to work, as well as those who are in-between jobs or in low-earning work. The shift in language toward ‘social security’ as put forward by the SSAC would be a welcome change in tone.

Q. Where can a cross-party and cross-sector consensus on social security emerge?

I believe we need a clear baseline for social security and an end to piecemeal cuts or reforms aimed at particular groups. I have been involved in efforts to establish a clear and independent measure of poverty that commands cross-party consensus through the Social Metrics Commission. Until we can measure the acceptable level of need, we cannot determine the appropriate level of support.

There needs to be a clear role for local authorities, the delivery arm of government, to help those who need more than money to move towards independence. Local authorities have argued that access to Universal Credit data would be a cost-effective way for them to proactively identify vulnerable residents and better target support. Initial pilots have shown that the benefits of helping people to avoid crisis outweigh any genuine concerns around data security.

In addition, the government needs to tackle high and rising housing costs and changing demographics, as has been the case for many years. Otherwise, and perhaps even so, the costs of social security will continue to inevitably rise.

Some of these challenges are economy-wide and sit outside the sphere of social security policy. The government needs to be aware of their impact on employment and on social security outcomes, and make sensible reforms that build on the eventual and evident success of Universal Credit to make support easy to access, sufficient for a clear minimum standard of living.

Importantly, the rhetoric around social security needs to shift from support for an unfortunate few to a system that is there, as the pandemic has shown, to support all of us when we need it.

Evidence: the role of Scottish Social Security in Covid-19 recovery 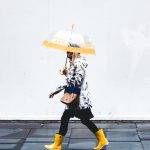 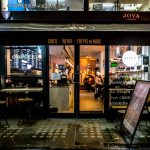 May
Back to work: Making the most of the Restart Scheme
On-demand webinar
LISTEN BACK

Apr
How local authorities can prepare for the end of the eviction ban
On-demand webinar
LISTEN BACK
Menu
%d bloggers like this: