Building a path out of in-work poverty

Policy in Practice recently submitted evidence to the All Party Parliamentary Group on Poverty. The APPG wants to explore actions that both employers and government can take.

In our submission, we shared recommendations based on our research and data analysis on in-work poverty, as well as our work with frontline organisations. Read our evidence submission here.

Four key points from our submission:

Tackling in-work poverty is vital to growing the financial strength of families and helping them to avoid crises. As the operational arm of government and the first port of call for families who become financially vulnerable, it is in local authority’s interest that this area of need is robustly addressed.

1. Three in ten low-income Londoners are in in-work poverty 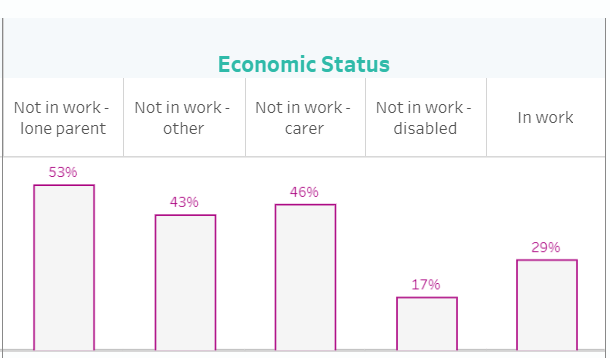 Welfare reforms affect low-income working households, reducing their income from benefits and increasing their risk of poverty. For example, although households on Universal Credit who earn £617 or more per month are exempt from the benefit cap, working families who earn less than this amount are affected.

Our analysis of one London borough found that out of the 5,407 households receiving Universal Credit who were in work, 475 (9%) were affected by the benefit cap and 627 (12%) saw their benefit income reduced as a result of having to repay their Universal Credit advance loan taken out to cover costs during the five-week wait.

The percentage of low-income households who are in relative poverty has remained relatively stable throughout the Covid-19 pandemic so far, despite rising unemployment. This is due in part to the £20/week increase to Universal Credit, and because the medium income has fallen.

However, in-work poverty is likely to increase by 2022 due to the combination of falling net incomes (due to the end of the £20/week Universal Credit uplift and the introduction of the Health and Social Care Levy) and rising living costs (energy, food and rent costs are expected to increase). The rate at which relative poverty increases will depend on the extent to which the median income increases.

Our analysis found that a single parent working full-time on the National Living Wage will be worse off by £1,035/year by April 2022. This is because the removal of the Universal Credit uplift, introduction of the Health and Social Care Levy and rising living costs offset her higher earnings.

We recommend that the government retains the £20/week uplift to Universal Credit to support working households whilst living costs are expected to increase.

3. The interaction between Universal Credit and earnings means that some low-income working households receive little income from benefits 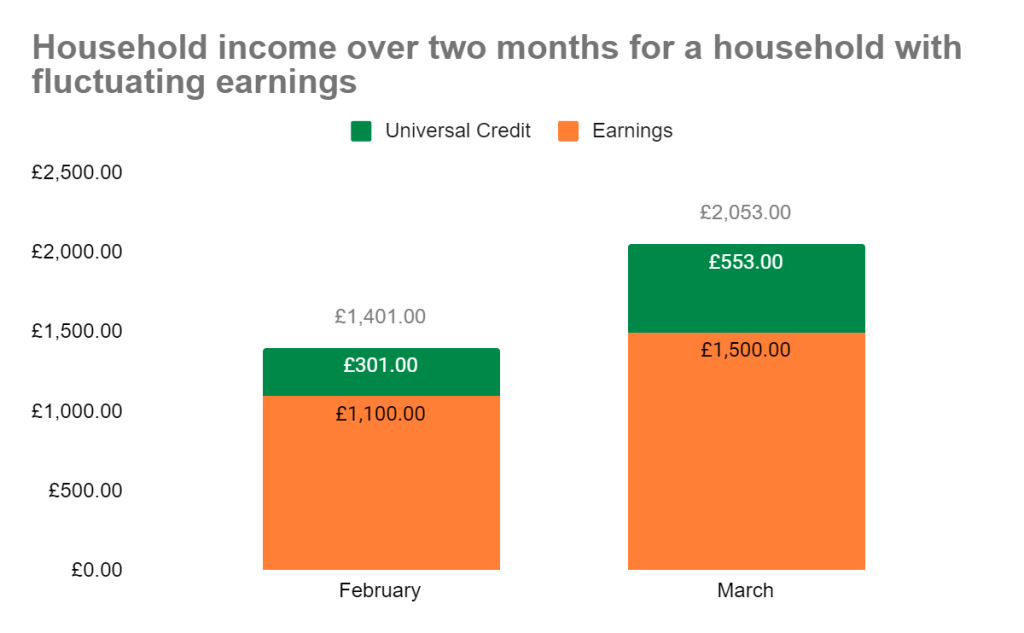 4. Self-employed households are especially likely to be in poverty 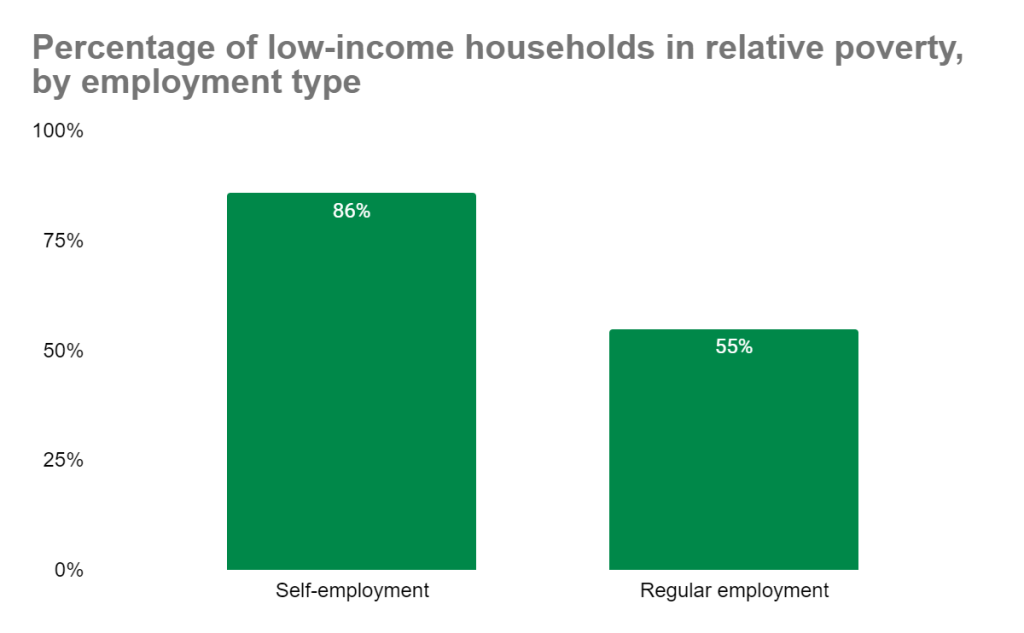 Self-employed households are also affected by the application of a notional income (the Minimum Income Floor or MIF). The MIF was suspended at the beginning of the Covid-19 pandemic but was reintroduced in April 2021.

Our analysis found that the reintroduction of the MIF in April 2021, combined with the loss of the £20/week Universal Credit uplift in October 2021, will mean that almost half (47%) of self-employed households will be unable to meet their essential costs. We also found that self-employed households on Universal Credit are worse off by £50.86/week on average compared to people on legacy benefits.