We urge the Prime Minister not to cut Universal Credit

Policy in Practice supports the growing calls for the government not to cut Universal Credit’s £20 uplift, saying that by removing the pandemic’s protective measures too early the government is introducing an Autumn of income shocks to families who depend on the support.

Deven Ghelani, director and founder of Policy in Practice, spoke to Julie Etchingham on LBC radio about the cut to Universal Credit, saying ” The £20 uplift has been a real lifeline and taking that away is going to feel like the shock of the last seven years of benefit cuts all happening at once.” He said that the cut makes very little economic sense as the £20 uplift has no impact on work incentives, and growing the economy right now is far more important than saving a few billion pounds here or there, as acknowledged by the generosity of the furlough scheme.

Listen back to Deven’s full interview below: 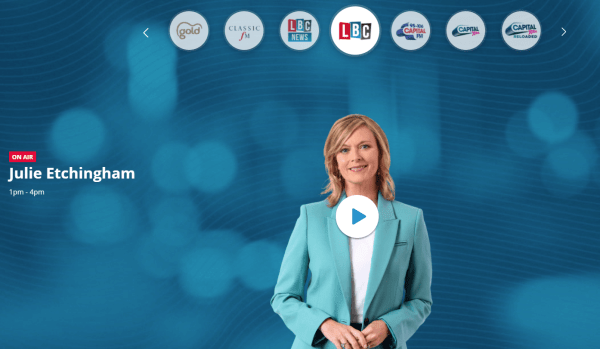 Deven has spoken before about why the government should maintain the £20 uplift to Universal Credit. Policy in Practice’s data-led evidence shows the £20-a-week cut to Universal Credit will result in a significant income shock for some. Our analysis shows the impact of this on families across the UK.

Our data-led evidence shows the £20-a-week cut to Universal Credit will result in a significant income shock for some. Our analysis shows the impact of this on families across the UK.

Some of our analysis recently featured in The Observer.

Our evidence to the All Party Parliamentary Group for Poverty gave three reasons to keep the £20 uplift to Universal Credit:

Open letter to the Prime Minister not to cut Universal Credit

The largest coalition of organisations to date on this issue has signed a joint open letter to the Prime Minister calling on him not to go ahead with the planned £20-a-week cut to Universal Credit and Working Tax Credit, due to come into effect on 6 October.

The joint letter, coordinated by the Joseph Rowntree Foundation, is signed by a wide range of 100 organisations that operate at a national level as well as in communities across the UK. Among the signatories are leading voices on health, education, children, housing, poverty, the economy and other aspects of public policy.

We are writing to collectively urge you not to go ahead with the planned £20-a-week cut to Universal Credit and Working Tax Credit at the beginning of October.

Many of us provide frontline support in communities up and down our country and see first-hand the importance of our social security system. Life is full of crises that we cannot plan for, such as job loss or illness, and periods of lower earnings or caring responsibilities. We all need the security and stability of a strong lifeline, not just during a national crisis, but every day.

Imposing what is effectively the biggest overnight cut to the basic rate of social security since World War II will pile unnecessary financial pressure on around 5.5 million families, both in and out of work.

At the start of the pandemic, the Chancellor rightly said that he was introducing the £20 increase to “strengthen the safety net” – a tacit admission that a decade of cuts and freezes had left it unfit to provide the support families need. We all strongly supported this crucial improvement in support.

We are at risk of repeating the same mistakes that were made after the last economic crisis, where our country’s recovery was too often not felt by people on the lowest incomes. The erosion of social security support was one of the main drivers of the rise in in-work and child poverty, and contributed to a soaring need for food banks, rising debt and worsening health inequalities.

We deeply regret that the Department for Work & Pensions has not published its assessment on the impact of cutting Universal Credit and Working Tax Credit. However, the latest independent analysis from the Joseph Rowntree Foundation (JRF) shows it risks plunging 500,000 people into poverty, including 200,000 children. It will take the main rate of out-of-work support down to its lowest levels in real terms since around 1990.

This is not a question of having to choose between a recovery based on getting people into jobs or investing in social security, in fact most families impacted by this cut to Universal Credit and Working Tax Credit are already in work. The reality of the UK labour market means that to improve living standards, we need to both improve job quality and strengthen the social security system. We also must never lose sight of the need to provide adequate support to families who are not able to work so they can meet their needs with dignity.

Six former Conservative Work & Pensions Secretaries believe previous cuts to social security spending went too far and oppose this cut, and your own Conservative MPs are warning that it will have deep and far-reaching effects in their constituencies.

Recent analysis from JRF shows that 413 parliamentary constituencies across Great Britain will see over a third of working-age families with children hit by the planned cut to Universal Credit and Working Tax Credit on 6 October 2021. Of these 413 constituencies, 191 are Conservative – 53 of which were newly won at the last general election or in a subsequent by-election.

This looming cut would fundamentally undermine the Government’s mission to level up. Citizens Advice has identified that people are one and a half times more likely to claim Universal Credit in places the Government has prioritised for levelling up investment. They also found for every £1 that could be invested from the Levelling Up Fund in England, £1.80 would be taken from these local economies if the Government presses ahead.

Furthermore, it is unacceptable that legacy benefits, such as Employment and Support Allowance, Jobseeker’s Allowance and Income Support, continue to be excluded from this crucial improvement in support, mostly impacting people who are sick, disabled or carers.

We are rapidly approaching a national crossroads which will reveal the true depth of the Government’s commitment to improving the lives of families on the lowest incomes.

We all want a social security system that supports families to escape poverty rather than pulling them deeper into it. However, this cut risks causing immense, immediate, and avoidable hardship. A strong social security system is a crucial first step to building back better. We strongly urge you to make the right decision.

The factors that have kept many low-income families out of poverty in the past year are changing, meaning many thousands will be worse off.

Families are set to be hit by big income shocks with the ending of furlough, the reintroduction of the Minimum Income Floor, the loss of the £20 a week Universal Credit increase and the ending of the Benefit Cap’s grace period. New data analysis from Policy in Practice predicts significant losses for some families who will struggle to cope and who will need the support of frontline organisations to help them through.

In this webinar we will explore what the Autumn may bring for low-income households and how support organisations can work now to prevent hardship and prepare for an increased demand for services.

Join this webinar to learn:

We will be joined by Monica Kaur from the Money and Pensions Service.