October 14, 2020Alannah McGheeAnalytics, Local government, PolicyNo Comments
The LIFT platform has been an absolute gold mine of data. If we identify anyone who is potentially struggling, we can check through the LIFT platform and put them through to the prevention team. LIFT helps us to maximise some of our existing support.
Clive JonesHead of Revenues and Benefits, Luton Council

COVID-19 has created residents who are newly financially vulnerable and who will be looking to you for help in the near future. But who are these people, and what action can you take now to stop them falling into crisis? And, critically, how will your support services need to adapt? Listen back to learn: 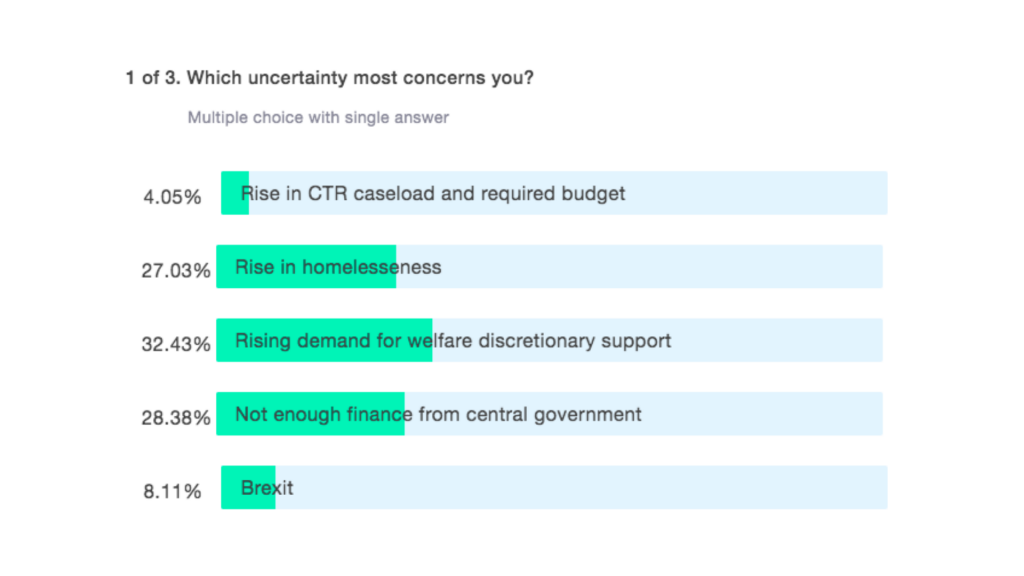 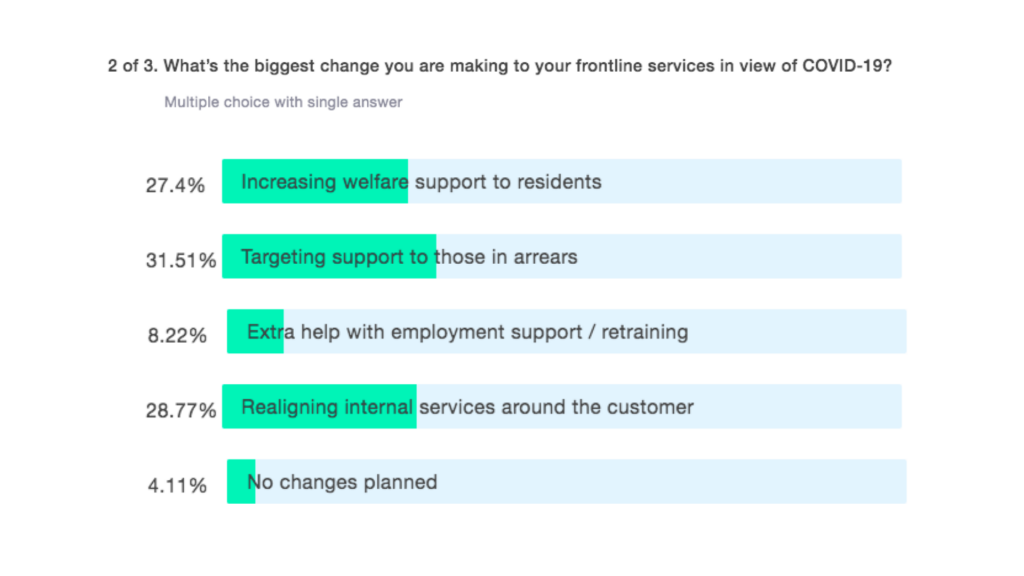 REQUEST A CALL BACK
Set up a free trial, request a personalised demo, get a quote or just ask for more details. We'll call you back.
Ask for another look at LIFT
Ask for another look at LIFT
What changes have you seen to those accessing frontline services?
Is the data from the LIFT platform helping you to plan for the future for your customer facing services?
Do you target welfare assistance and DHPs or do you allocate reactively when people come in?
Internally, what have you done so far in response to the changes?
Is there any advice you would give to other councils about planning for the future?

What changes have you seen to those accessing frontline services?

It’s a very strange situation as we’ve all gone home working and the face-to-face channel has effectively been closed since March 23rd. We’ve been doing a lot of things online and a lot of things through the telephone. The switch from housing benefits to Universal Credit continues and, if anything, COVID increased that change, so for our housing benefit only claims since February we are using our caseload data down by 9.52%. Interestingly, our CTR only caseload which is where you would think they would all move to if they’d gone on to Universal Credit has only increased by 2.81%. Not everyone that is coming off housing benefit is going on to Universal Credit and claiming CTR. It will be interesting to know what the difference was.

Our CTR only claims have increased by 11.8% since February whilst our overall caseload has only dropped by 0.5% since February because of the housing benefit drop it’s been effectively replaced by the CTR growth.

On arrears it’s quite interesting and this is where we use the LIFT platform. We’ve got data going back to 2018 and if you look at the total number of households that have been either on CTR or housing benefit it totals up. If we look at those households that are in the cohort from February to now, of those 24,698 there are 10,381 who are still on benefits of some sort. Looking at the impact between February and September our average arrears data actually has gone down by of over £250, which has gone down by 1%. Even though our council tax collection rates are down by 2.5% in that period to where we would normally be our actual large arrears has actually gone down.

The interesting statistic for me is the cash shortfall where people don’t have enough money to pay their rent and that’s gone down as a percentage of that co-op from 20% to 17%. What is driving this is the switch to Universal Credit and the additional £20 a week on Universal Credit means that actually our data says 64 people that were on our original housing benefit would be better off on the Universal Credit. It is showing a massive rise in unemployment as 7,141 were in unemployment in February and now we have 329 of the households moved into unemployment of working age by September 2020 so that’s probably explaining the drop in housing benefit.

This just highlights the fact that I have an immense amount of data that the LIFT platform gives me of which I can present to my counsellors and make decisions. We changed the scheme last year and they’ve decided to change the scheme again this year. We’re currently out to consultation. So in combination with the consultation feedback I can give the feedback and the context of our residents to the councillors so they can make an informed decision because it at the moment it hasn’t shown through yet in council tax arrears.

Is the data from the LIFT platform helping you to plan for the future for your customer facing services?

Absolutely, we have a a prevention team that sits in our customer services section and they are using this data to see to target households proactively that are worse off under the scheme changes that we currently put in place in April. They’re proactively making contact predominantly through the telephone but as part of the scheme changes £800,000 of that saving has gone back into mitigation which is employment training or skills training, with a 7% increase in unemployment it’s even more important that we put our mitigation and our support for training and skills into place as quickly as possible. It has been a little bit more difficult than we anticipated because most of our training is now online whereas we were anticipating people to come in for some training but good regards to our business support unit that do the skills training. They’ve switched predominantly to online training now so it’s still continuing and that is absolutely critical to making sure that we reduce the pressure on budgets going forward.

Do you target welfare assistance and DHPs or do you allocate reactively when people come in?

It’s more of an ambition because of the resources that we have available to actually assist people and we’re predominantly looking at the people that have been impacted by the CTR change but we do have the information and those that possibly should be claiming a discretionary housing payment are not. With the people that we’re targeting specifically if we can see whether they are entitled to for a discretionary housing payment and encourage them to apply and if we have time and we use the LIFT platform to make contact to those people then potentially there are lots of benefits, some of the free school meals for instance applications we can see those from the dashboard as well and we can actually contact those residents if we have a resource to do so.

Internally, what have you done so far in response to the changes?

In our recovery section, we didn’t do any recovery for the first three months that was stopped altogether. We’re now putting all of that resource to try and friendly nudge those people that are struggling and if we identify through our telephone contact, through recovery anybody that is potentially struggling we can check through the LIFT platform to see if they are one of those with a cash shortfall and put them through to the prevention team for further advice and guidance and possibly skills training. We have four additional people in that team and it is a brand new team since April. We have a process of the council tax recovery people referring people on to those specialist advisors for advice and guidance and it’s maximising some of the existing support that was there before as well.

Is there any advice you would give to other councils about planning for the future?

Yes, look at the data that you have, you have an absolute gold mine of of data and there is some surprising uh causes and effects of things. Everybody I talked to would talk about council tax collection going down and it is but arrears haven’t yet gone down and that that to me is the biggest surprise. It’s all about the time the cause and effect and the time lag and the arrears will certainly go up by the end of the year. It’s that uncertainty at the moment that you and it’s very difficult so use the data you’ve got to give an estimate. But looking at local data: in Luton we have an airport which is not providing much employment at the moment which is particularly hard because all of the the hospitality sector that’s associated, all the hotels and restaurants along with the airport employment makes our case unique. Every council will have unique data so it isa adding that local spin on national impact. 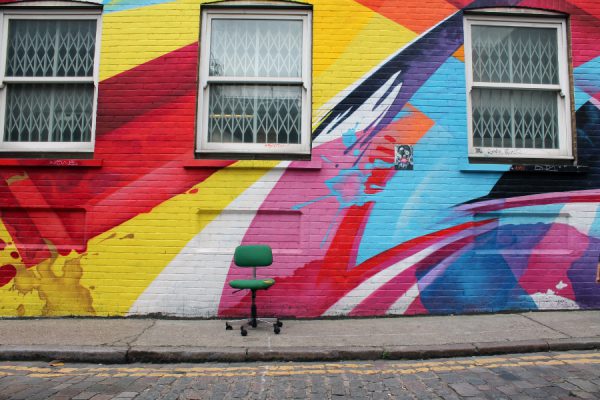 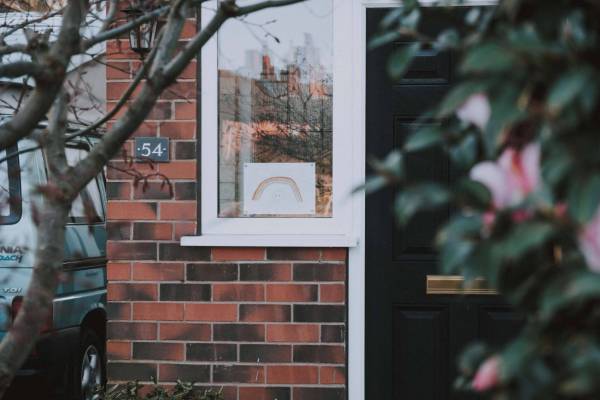