Where could further welfare spending cuts come from? 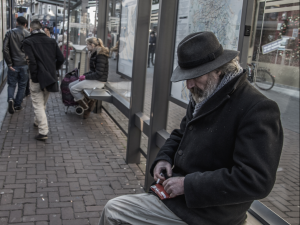 The three main political parties all agree on the need to reduce the deficit, and argue that it is fairer to make savings in the working age welfare budget, rather than make spending cuts in other departments.

The Conservative Party has proposed a further £12bn of welfare spending cuts, without spelling out where these savings would come from.

Labour are committed to the welfare cap, limiting welfare spending over the five years of the parliament and the Liberal Democrats also propose savings, albeit more modest savings than the Conservatives.

They have found consensus in cuts to welfare spending, but how the next government chooses to make these cuts will affect people’s pockets as beneficiaries, and their employment prospects, by changing the financial returns from work.

[button icon=”link” btn-grntag=”PDF” link=”https://policyinpractice.co.uk/wp-content/uploads/2015/05/ebook_welfare-manifestos_GE2105_Policy-in-Practice_final.pdf”%5DDownload E-book > What’s At Stake for Welfare? A side-by-side comparison of the welfare policies of the three main political parties[/button]

How Universal Credit Impacts on Pockets and Prospects

Our recent review of Universal Credit focused on the impact UC had on reducing poverty by looking at the impact on ‘pockets’ and ‘prospects’. Overall, we found that Universal Credit will increase the money in people’s pockets, and improve their employment prospects.

Reductions in welfare spending will have the opposite effect on people’s pockets and prospects.

A large proportion of in-work households, typically low to middle income earners, are beneficiaries of the welfare system. The government can choose to reduce the amount of support people receive when out of work, or they can choose to lower in-work support faster, as earnings increase.

Benefit cuts hitting out-of-work households are often described as hitting the pockets of ‘shirkers’, particular when increases for disabled people are protected – these changes poll well with the electorate.

However, changes can also hit the employment prospects of some 3.8m in-work families, and reduce the incentive to enter work for those who are unemployed.

Benefit cuts that hit ‘prospects’, as well as ‘pockets’ would undo much of the improvement to work incentives that Universal Credit is being brought in to to deliver.

Each of the main parties have made a commitment to maintain the triple-lock on pension, so savings in working age welfare would need to be even higher than if the pain was shared more evenly. The need for higher in-work support is driven by the rising cost of living, including high housing costs.

However, while all of the parties talk about accelerating housebuilding there is little concrete or convincing detail as to how this would be achieved. More recently, the Conservatives have also promised not to increase income tax, national insurance or VAT, which ties their hands on the alternatives to welfare cuts.

Earlier on in the election campaign, Grant Schapps, speaking for the Conservatives, took a hammering on Newsnight from Evan Davis over the basis of their ‘Labour tax bombshell’ figure of £3,000.

The Conservative party calculated this figure based on a number of assumptions that the Institute for Fiscal Studies would describe as ‘unconventional’ at best.

Their own methodology, applied across their £12bn of welfare savings concentrated on working age households, would mean a ‘welfare bombshell’ of £7,500 over the course of the next parliament for each family in receipt of benefits or tax credits, a figure that equates to 10 per cent of the working age welfare budget.

Given that working age welfare is already cut to the bone, as shown in the table below, the challenge in finding the required level of savings is a real challenge.

Welfare Savings Announced In This Parliament

I carried out a small piece of work to help identify further savings in 2014, when George Osborne first floated the idea of further cuts in welfare spending. As a best case scenario, I was able to identify savings of £9.8 billion, see the table below for the options.

Other suggestions based on analysis from the IFS includes:

Other ideas involve further reductions in out of work benefit levels (child tax credit, housing benefit) or increasing the withdrawal rate of benefits, which would hit employment prospects the hardest, and undo the good intentions of Universal Credit.

The Importance of the Frontline Advisor

Talking about the billions of pounds that needs to be saved can distract people from having to consider the case by case support that the benefit system provides to millions of out of work and in-work households across the United Kingdom.

Our work with frontline advisors at local authorities, housing associations and employment service organisations highlights to us everyday the challenges faced at the sharp-end, by their residents and customers.

We work with the men and women who have to explain welfare policy and the changes from year to year to their customers, and make the welfare system work as best it can.

Frontline advisors need to be supported to explain changes in the welfare system, to direct their support where it will be most effective and to influence welfare policy with their experience of how it affects people, where cost-effective policy changes can be made, and how people can best be supported into work.

Each political party wants to be the party of working people, and each party wants to make savings in the welfare budget. There is a common consensus (see the Daily Politics debate on welfare spending here) that work is the best route out of poverty, and this, in turn, would help reduce the benefit bill.

However, each political party needs to say where the welfare savings will come from, whether these will be from ‘pockets’ or ‘prospects’, and who will be affected.

Like us, they could learn some valuable lessons by speaking to the advisors on the frontline who deal with real people already affected by poverty, every day.