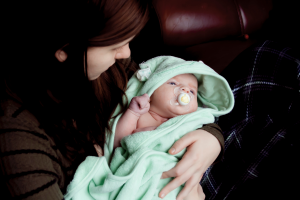 As the dust settles on the party conference season for another year it is now likely that the political agenda will be dominated by Brexit negotiations, leaving social policy issues at the margin of the public debate.

Yet the final months of 2017 will see a quiet revolution to the benefits system as we know it, given the accelerated roll out of Universal Credit that’s now taking place.

In this blog we look at how some local authorities are being supported through this phase of deep transformation by new developments in Policy in Practice’s analytical services.

Universal Credit roll out ramps up

Following a break over the summer, the Universal Credit roll out will scale up considerably, bringing 55 new full service Jobcentre Plus offices each month between October and December 2017.

These figures alone illustrate the pace of acceleration in Universal Credit roll out that’s expected in the coming months and hint at the immediate challenges this will bring to local authorities and other local welfare providers.

Issues around the implementation of Universal Credit have repeatedly been at the centre of the public debate. In particular, the six weeks waiting period for the first Universal Credit payment has been the subject of much controversy, with local authorities, social landlords and third sector organisations highlighting the difficulties the wait poses to the financial resilience of low-income households. Increasing levels of arrears among Universal Credit claimants and a surge in the demand for financial relief via pay-day loans, food banks and other local support initiatives have all been presented as evidence of the impact that Universal Credit can have on some low-income families.

Local authorities are losing track of their residents on UC

Alongside these challenges, local authorities that Policy in Practice work with are greatly concerned with the lack of visibility over their most vulnerable residents, brought about by the roll out of Universal Credit.

Under the current legacy benefit system local authorities have the ability to access detailed information on the economic circumstances of their low-income residents through their Housing Benefit data, which is collected and updated by councils’ departments in charge of administering this benefit.

In recent years, Policy in Practice has helped local authorities to get insights from this data well beyond its primary administrative purposes in order to:

However, as Universal Credit gradually replaces Housing Benefit, the data, and therefore the information, will become increasingly less available. This will inevitably undermine some of the invaluable preventative work that local councils carry out in supporting their most vulnerable residents.

This issue could have long-term consequences for the way local support is designed and delivered, yet little considerations has been given to this matter outside of the more technical policy circles.

To date, no formal arrangement exists for the sharing of Universal Credit data between JCPs and local authorities, and councils are worried about their capacity to fulfil some of their statutory duties without an adequate evidence-base.

In partnership with two Universal Credit full service London boroughs, Policy in Practice has developed an answer to the challenge facing local authorities around the lack of visibility over UC claimants.

Through the analysis of Council Tax Support data we have been able to identify and capture detailed information at the household-level on the living standards of an increasing number of families claiming Universal Credit. The cohort captured by this approach represents a proportion ranging between 30% and 45% of all UC claimants in the area, and we expect this figure to increase consistently.

This data allows councils to access precious information on their households’ demographic characteristics, their levels and different type of income including their UC award, earnings and employment information, and the presence of any disability in the household.

In addition, by matching these records with historical housing benefit data, we are able to accurately derive details around the tenure and housing circumstances of approximately 60% of claimants.

In Croydon we observed a 32% increase in take up rates of Council Tax Support among Universal Credit claimants over the last 12 months. Our new approach offers a unique opportunity for local authorities to gain visibility over a cohort of households otherwise left out of sight.

In addition, the longitudinal analysis of Housing Benefit data can help identify those households in need who have recently moved on to Universal Credit, but are not claiming Council Tax Support. Armed with this information councils can allocate resources for a targeted take-up campaign, offering immediate financial relief to these residents, reducing the risk of arrears and the costs of backdating the claim.

Join a webinar to hear guest speakers talk about how they use our services.

Alternatively, to find out more about the range of services Policy in Practice offers local organisations to help people transition to Universal Credit, please contact us.