Policy in Practice was recently invited to a roundtable hosted by Lord Holmes of Richmond to discuss Fintech and the Benefits system. In light of the recent National Audit Office’s report, Challenges in using data across government, the topic ambitiously asked ‘What could government achieve if ministers allowed access to the treasure troves of data held by HMG behind the tall and, we’re told, secure walls of HMRC and DWP?’

Policy in Practice was asked to speak about how we have overcome barriers to data sharing, and the value we have seen created within communities and to councils through using their existing data more effectively.

Opening words by Policy in Practice: examples of data analytics for good 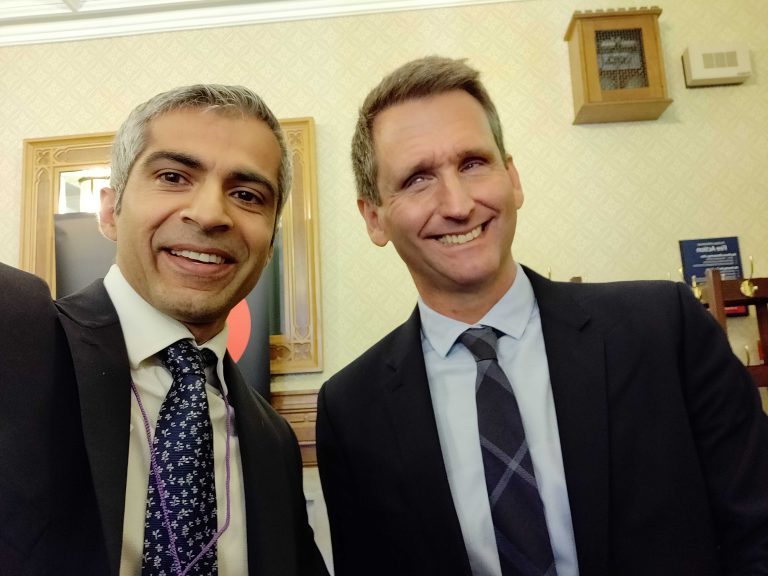 Government, in particular HMRC and DWP, uses data every day to collect money from or pay money to millions of people, to the tune of billions of pounds. The focus on this primary purpose is so great that the secondary uses of this data are barely considered. While it is the norm for data to be used to chase arrears or detect fraud, it is rarely used to help people.

Policy in Practice is a policy led analytics business. We believe that insights created from data should drive the future of social policy, an approach that allows us to inform policy on Universal Credit and financial inclusion. We do this through our analytics capability applied to pooled data across local authorities, together with our in-depth knowledge of the welfare system.

Some of the insights we shared at the roundtable on how this data is being used included:

“They can identify eligibility for lower cost utility tariffs, and show the impact of moving into work or onto Universal Credit.”

“We know that benefit capped families are (23%) more likely to move into work than similar households, but for every child whose parents move into work as a result of the cap, eight children are left closer to destitution, stuck on the cap for six months or more.”

Policy in Practice is currently working with the Cabinet Office to track the impact of different approaches to debt enforcement on other outcomes, including health and homelessness. Other organisations at the roundtable talked about how data held by government could improve identity verification, a major barrier to financial inclusion and to accessing financial services.  Policy in Practice has previously worked with the Financial Inclusion Commission on this issue and published analysis on how public sector data can be used to overcome barriers to credit. Read our report Credit where it’s due: using data to overcome barriers to credit.

The potential for this level of structured data to drive better policy is huge, and why we think administrative data is the future of social policy.

As well as looking at ways that data is already being shared for good, the roundtable focused on why this isn’t easy at the moment and what’s currently stopping government from realising this vision for a better future.

Four barriers to realising better policy and practice through data

1. Policy implications are not fully understood by the technical sector

As the discussion began, some of the key questions centred on the implications of Universal Credit as both an opportunity and a barrier. It was evident that the Fintech community doesn’t have an in-depth understanding of the implications welfare changes are going to have on low-income families. This underdeveloped grasp of implications will hold back product development and adoption.

Developing technology is much easier than developing the changes in behaviour and culture required of people and government if we are to see real shifts toward financially inclusive products.

2. Fintech continues to rely on the underlying broken infrastructure

We hadn’t fully appreciated that new Fintech services are typically built with a banking partner in order to access the banking and payments system. By definition then, these services therefore essentially rely on the same decades old infrastructure that powers the old banks.

This reliance also affects the cost structure of new Fintech services. Their services have to pay for the upkeep of outdated infrastructure, which existing banks continue to benefit from. In support of the banks, this infrastructure is relied upon by all of us to keep our money safe. Moving away from it would require serious co-ordination and co-operation, or serious disruption. Bitcoin anyone?

3. The leadership over security and standards necessary to make sharing across government easy is lacking

The NAO report found that, government departments’ data experts notwithstanding, there is insufficient recognition of the importance of data, and change is often driven by new policies rather than fixing ongoing problems.

The Data Advisory Board commissioned a number of projects aimed at using data better. However, the Department for Digital, Culture, Media and Sport (DCMS), tasked with producing a national data strategy “to unlock the power of data in the UK economy and government”, has seen key staff pulled away to focus on Brexit. This leaves little strategic overview of the data needs of departments.

Previous attempts to map the data landscape within government have stalled because of the fragmented nature and complexity of the data. It is difficult to see how such initiatives can succeed unless government sets standards for consistency, such as how to record dates, places, and individuals’ and organisations’ names, across government.

“In our discussions departments have suggested that between 60% and 80% of time is spent cleaning and merging data. In some areas this can equate to several hundred analysts’ time.”

“Across just 10 government bodies we found more than 20 different identifiers being used.”

4. Legislation is perceived as a barrier, not an enabler, to sharing data

The NAO found that many people in government believe legislative barriers limit their ability to use and share data in the public sector. The government sought to overcome some of these barriers by changing the law.

In April 2017 it passed the Digital Economy Act, changing the law to make sharing of data possible and enabling the sharing of personal data between public authorities. This paves the way to using data to improve how public services are delivered, ultimately benefiting the well-being of individuals and households.

However, the time required to establish information-sharing agreements under the various powers within Part 5 of the Act varies. This lengthy process could act as a disincentive to pursuing data-sharing opportunities.

To prevent hardship we must tackle these barriers now

The fact is that the need to share data has never been greater, and nor has the value to be gained. Click To Tweet Some local councils are leading by example and showing what they can do by using their data innovatively to improve the wellbeing of their local residents. Croydon Council, Luton Council and the Royal Borough of Greenwich, amongst others, are proving how it can be done.

Government needs to show leadership on standards, security and sharing, it also needs to take action. It can start by making data on Universal Credit recipients available to local councils, so they can make better informed strategic and operational decisions.

This is the future of social policy. As policymakers and practitioners, we can make this a reality.

If you want to discuss how to use council or government data more effectively please contact us on hello@policyinpractice.co.uk.