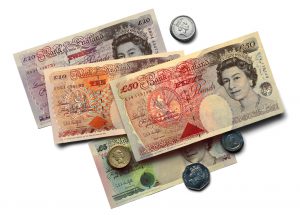 Analysis released this week finds that more English councils than ever have decided that they must cut council tax support budgets because of the funding pressures they face.

Research by the New Policy Institute (NPI) shows that 340,000 of the poorest families in England will be hit by a tax increase this April as councils cut support for a fourth successive year.

This is a predictable outcome from the decision to localise support in April 2013, while simultaneously cutting support by 10%. The majority of councils now require all working­ age residents to pay at least some council tax regardless of their income.

Of the 351 councils in England nearly 75% (259 councils) require residents to make a minimum payment towards their council tax liability. Over two-fifths of councils (144) ask for a contribution of at least 20% whilst nearly one in five (67 councils) ask for over 20% of the charge to be met.

Councils are making efforts to protect residents. However, as one council office put it “We can’t see whether the people clobbered by cuts in national support are the same people that will be hit by local reforms.”

Policy in Practice is helping councils to model the costs and impacts of future schemes. Looking ahead at schemes from April 2017, we are seeing a trend towards higher council tax liability, with increases of up to 3.99%, which has a knock-on effect on the amount that unprotected low income households have to pay. We are also being asked to model simpler schemes, and helping councils to look at who might be impacted by different schemes.

You can access more information and analysis on the localisation of Council Tax Support here.

The remaining 270,000 families facing a significant hit are in areas where the minimum payment has risen. Kettering Borough Council, in Northamptonshire, increased its minimum payment from 25% to 45%, and now has the highest such minimum payment in England affecting 3,800 people. Here a single jobseeker with an income of £73.10 per week will be required to spend roughly 10% of their weekly income on council tax. Ten other councils now have a minimum payment of at least 30%.

The research shows that councils are raising funds by increasing the council tax liability for their poorest residents. After the first two years of CTS it appeared that minimum payments were trending towards 20% but now in its fourth year more councils are exceeding this level. 67 councils now have minimum payments over 20%, 14 more than last year.

Theo Barry-Born, Researcher at the New Policy Institute, said: “Low income families have once again been hit by significant tax increases and are losing support based on where they live, not what they need. These tax increases for the poorest look set to continue in future years as councils seek to manage further falls in central government funding.”

Call to Include Council Tax Support in Universal Credit

Policy in Practice argues that Council Tax Support should be integrated into Universal Credit, as originally intended.

Deven Ghelani, Director of Policy in Practice, said “We are helping local authorities across the UK to accurately model council tax support schemes, taking into account all other policies including the increase in liability of up to 4%, the impact of other welfare reforms and the benefit of the National Living Wage, and increased personal allowances.

“Through this work we are seeing more innovation, with one local authority using the offer of support as a tool to encourage unemployed people to engage with support services available to residents. We are also seeing increased efforts to create simpler schemes that lower the costs of administration.”

“However, local schemes introduce complexity into the benefit system, and council efforts could be directed toward supporting residents in other ways if council tax support were centralised, as it is in Scotland and Wales.”

The impact assessments are used to make informed policy decisions by officers and members.

Daniel also shares some information about the CTRS schemes we have created for North Hertfordshire, Leeds City and Newcastle City Councils.

View the webinar recording below.