Living Wage Fails to Compensate for Cuts to Tax Credits

Policy in Practice analysis on the Summer Budget finds that many low earning households will be worse off in 2020.

New analysis from Policy in Practice looks at the combined impact of measures in the budget, and finds that many low earning households will be worse off in 2020. 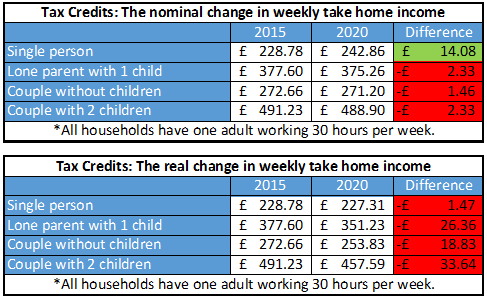 Lisa Stidle, who carried out the analysis said:

“Our analysis focuses on households that, by the Government’s own terms, are doing the right thing. This Government can’t be the party for working people, while undermining work incentives for those in receipt of tax credits and benefits.”

Under Universal Credit, the picture is a little better. But many households unable to work 35 hours will still lose out in real terms. 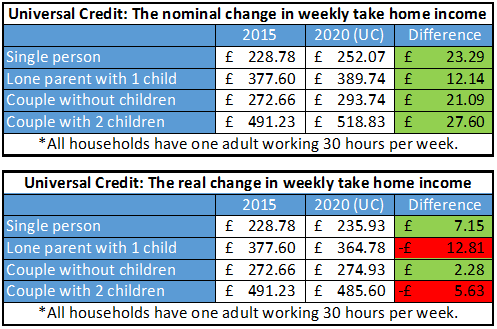 Deven Ghelani, the Director of Policy in Practice said:

“For the lowest earning households, this budget offers a lot of ‘stick’, but leaves the ‘carrot’ dangling some way off into the distance.

“Employers are being asked to pick up the tab, while a higher effective tax rate takes more from every extra pound an employee earns, and gives it straight to the government to lower the Tax Credit bill.

“Making Universal Credit look good by cutting tax credits is not the right way to go about things.

“The government needs to invest in work incentives within the welfare system. We know that this is more cost-effective than tax cuts at supporting people into work, will help them to progress in work and will tackle poverty in a sustainable way.

“The Chancellor has focused too much on what we spend on welfare, and too little on how well we spend it.”

Editor’s notes on the Summer Budget 2015:

George Osborne announced £12bn of cuts to welfare in the Summer Budget 2015.

The analysis in this release takes into account the following measures: